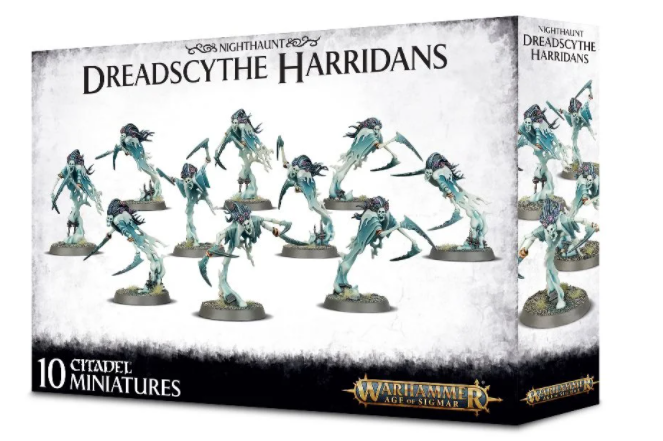 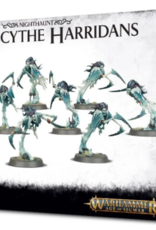 This multi-part plastic kit contains the components necessary to assemble 10 Dreadscythe Harridans. Particularly horrible and tragic even for Nighthaunt, They are tortured and twisted forms, rising as ethereal spirits whose emaciated arms peek out from beneath their cowls. These arms are their weapons – from the wrist onward, each becomes a curved, serrated scythe blade, growing out at a right-angle for maximum reaping efficiency. Each features a morbid, grinning skull for a head, above which long hair billows behind them, with beautiful roses ironically entwined. 4 of these models feature an alternate right arm, allowing for some uniqueness when assembling, and you have the option to build 2 Slasher Crones – these are the unit leaders of the Dreadscythe Harridans, and can be distinguished easily as they feature 4 arms instead of 2. They each feature graveyard detritus – pieces of rock, wrought iron – by which they attach to their bases.