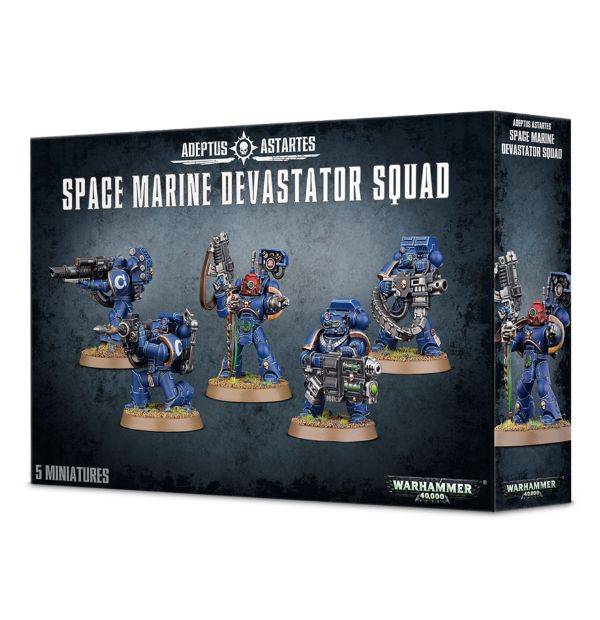 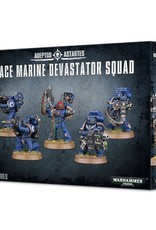 This multi-part plastic kit contains everything you need to build five Space Marine Devastators, one of which can be optionally assembled as a Space Marine Devastator Sergeant, with three Sergeant heads included. The poses these models can be assembled in are classic Devastator poses, with targeter helmets and castellated greaves designed to counter the immense recoil thrown out by their heavy weapons.

Speaking of heavy weapons, the Devastator squad features an *incredible* array of the Imperium’s finest. Included in this squad: 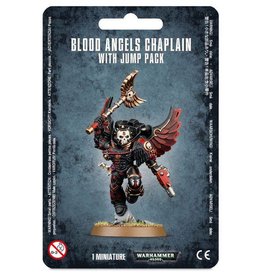