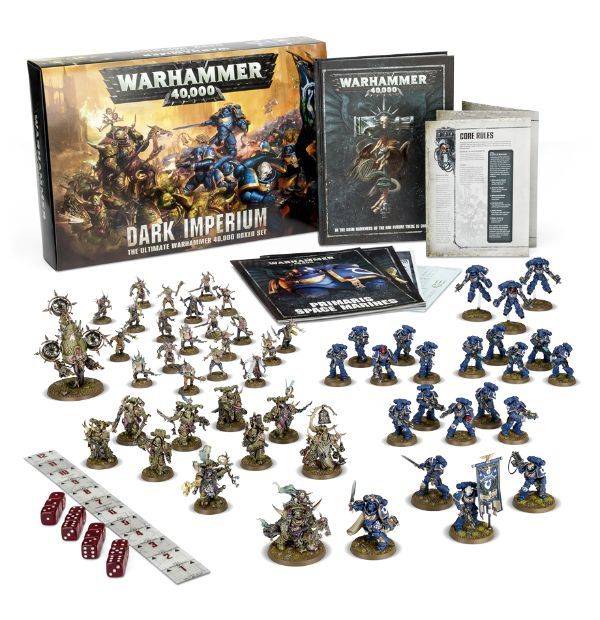 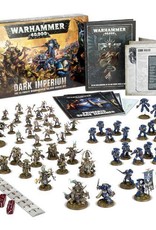 In this box, you’ll find 22 Primaris Space Marines clad in Mark X power armour, who can be painted as any Chapter you please:

The Death Guard trudge inexorably into battle amidst the drone of endless swarms of flies. Bloated, rotten and riddled with disease, these revolting traitors are virtually immune to pain. Each Heretic Astartes is utterly dedicated to spreading the feculent blessings of the Plague God Nurgle and working the will of their cadaverous Daemon Primarch, Mortarion.

In the box, you’ll find 31 Death Guard miniatures, who can be painted in the colours of any vectorium:

Dark Imperium contains everything – all the rules – needed to play games of Warhammer 40,000. From the 8-page core rules reference card to the 2 army-specific books to the complete, unabridged 280-page hardback containing the advanced rules and background, it’s all here, ready for you to play with from the moment you open the box.

A 24-page book contains the rules and background for the Primaris Space Marines:

- an overview of the Space Marines and the Primaris’ introduction;
- background for each miniature in the box;
- Heraldries and symbols for a number of Chapters;
- 6 Datasheets, special rules, psychic powers, weapons and points values for use in Matched Play games.

A further 24-page book contains the rules and background for the Death Guard:

- an overview of the Death Guard and their unbreakable loyalty to the Plague God Nurgle, with a focus on the Tainted Sons led by Gulgoth the Afflictor;
- background for each miniature in the box;
- Heraldries and symbols for a number of Death Guard vectoriums;
- 6 Datasheets, special rules, psychic powers, weapons and points values for use in Matched Play games.

As noted above, this is a 280-page hardback, exactly identical to the Warhammer 40,000 book sold separately. It contains the core rules – the basics of moving, shooting, using psychic powers, charging, fighting and morale tests – with explanations of each battle phase. You can play a game using this, and only this; but the advanced rules are designed to add huge flexibility and depth, meaning you can play your games the way you want to, with Open Play, Narrative Play and Matched play options. There are advanced rules for terrain, Cities of Death, Planetstrike, Stronghold Assault, Death From the Skies, Campaigns and Multiplayer Battles as well!

Included is a full colour, easy to follow construction guide for each miniature, and a decal sheet for the Primaris Space Marines featuring Hellblaster, Intercessor and Inceptor iconography, and chapter markings for the following Chapters: Ultramarines, Blood Angels, Dark Angels, Space Wolves. 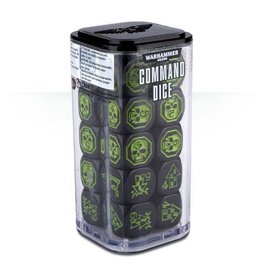 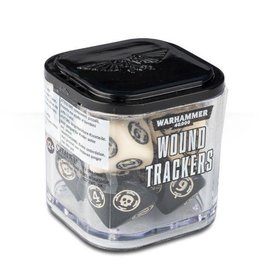 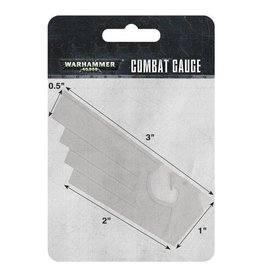