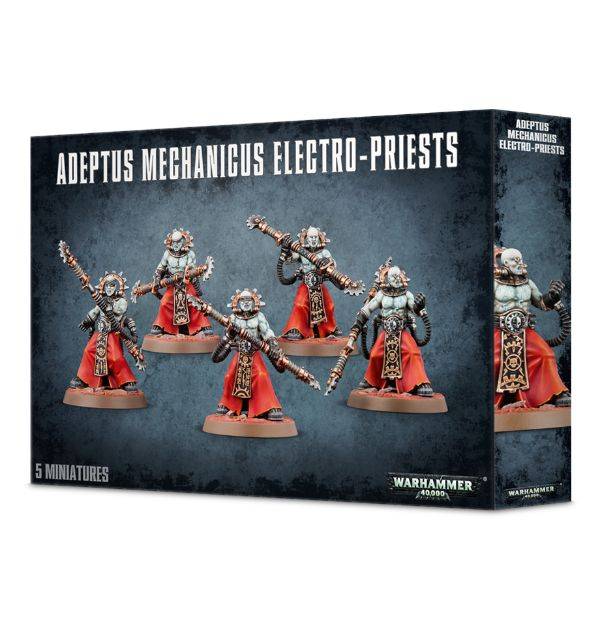 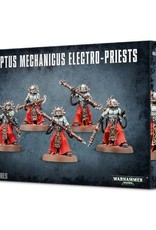 Surrounded by a protective veil of lightning, clutching electroleech staves, the Fulgurite Electro-Priests believe that there is no greater blasphemy than the waste of energy. Striding into battle at the height of religious mania, they are capable of draining the very bioelectricity from their foes, storing it in powerful capacitors as the enemy drops to the ground, cold and inert as stone. This stolen energy will later be used to power their holy march across the galaxy, everything behind them falling into permanent darkness.

The Fulgurite Electro-Priests come armed with electroleech staves - five of these are included, complete with their power pack assemblies. Ten different head crests and five different heads are in the box, each featuring the gruesome, eyeless faces of the Electro-Priest’s ecstatic trance. 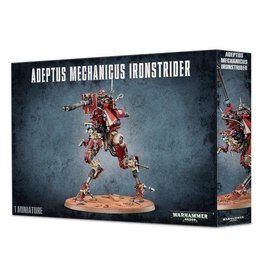 With a distinctive two-legged walking tank-shape, the artillery platform known as the Ironstrider Balistarius is a fearsome sight indeed. Gyroscopically balanced, with downlinks providing them with the sum knowledge of their enemies, the deadly accuracy o
Add to cart
Adeptus Mechanicus Ironstrider Ballistarius
$55.00
$46.75
Sale 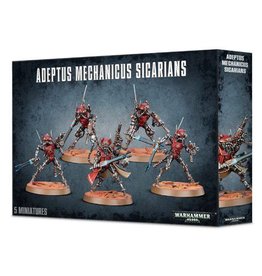 Initially an elite assassination squad, the Sicarian Ruststalkers proved so effective at the art of killing that they were repurposed as front-line, physics-manipulating commandos. Their transonic weapons hum and resonate with sickening efficiency, passin
Add to cart
Adeptus Mechanicus Sicarian Ruststalkers
$46.00
$39.10
Sale 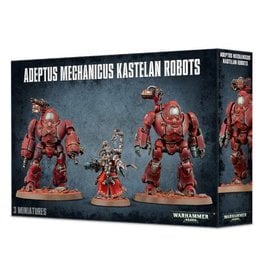 A huge, ancient robot built ten thousand years ago, the Kastelan Robot is a perfect example of the Adeptus Mechanicus’ repurposing of technology. Nearly unstoppable, their only flaw is that of any mere machine; they will follow instructions to the letter,
Add to cart
Kastelan Robots
$75.00
$63.75
Sale 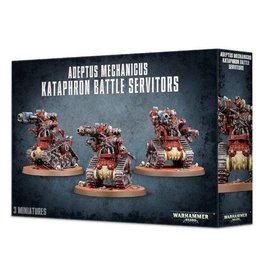