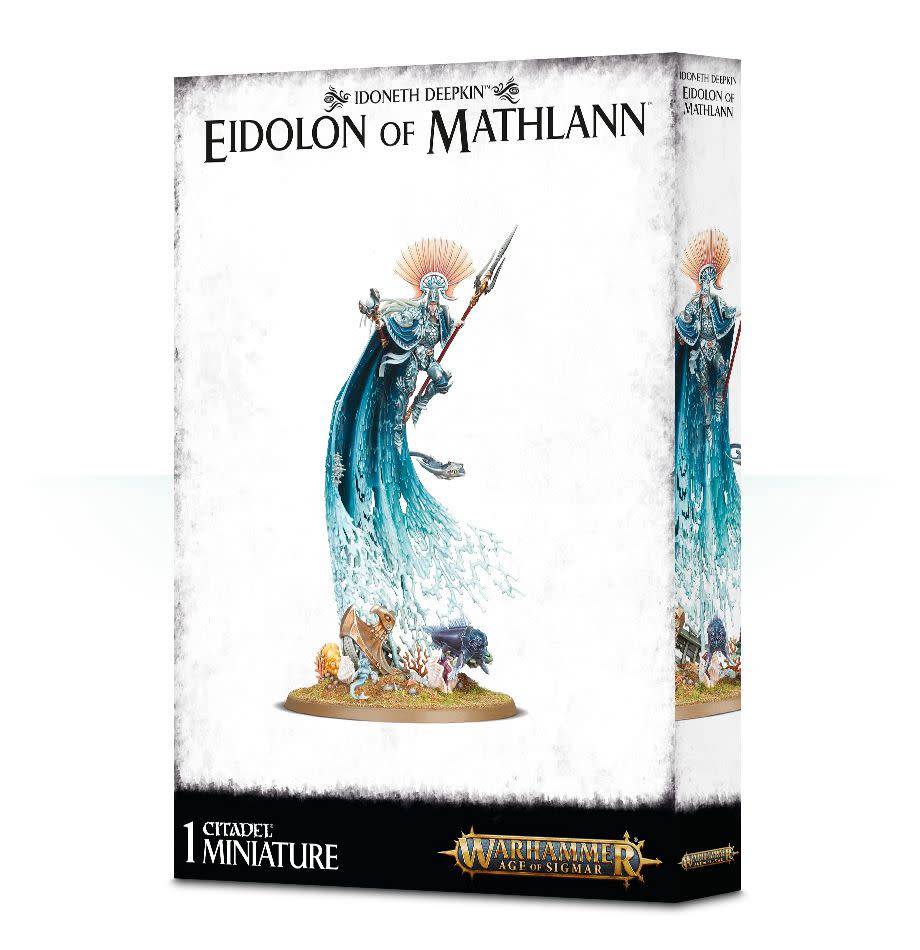 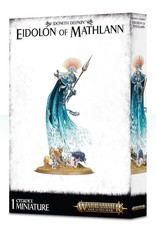 This multi-part plastic kit contains the components necessary to assemble an Eidolon of Mathlann, in his form as an Aspect of the Storm. He comes armed with a fuathar – a spear of repressed fury – and a crulhook; the former is a long, barbed spear held in the Eidolon’s left hand, while the latter is a set of serrated blades attached to his right arm by a strong chain. His armour resembles a set of scales, topped of by a closed-face helm and enormous crest which resembles a spiked net. The most striking feature of both Eidolon models which can be built from this kit is definitely the cloak – representing the unimaginable power of the seas, it is styled as a cascading torrent of ocean water. There are plenty of detailed basing options included, with corals, sea creatures and other detritus from beneath the waves included – you’ll have a lot of spares left over to decorate other Idoneth miniatures. As well as this, an ethereal Stormshoal fights alongside the Eidolonn.

This kit comes as 51 components, and is supplied with a Citadel 100mm Round base. This kit can alternatively be used to assemble an Eidolon of Mathlan – Aspect of the Sea. 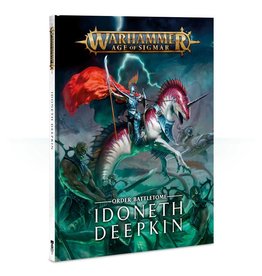 - A Strange Genesis: the origins of the Idoneth Deepkin, the aelven raiders who lurk in the deepest oceans, avoiding the predations of Slaanesh and the dismal fate that hangs over their
Add to cart
Battletome: Idoneth Deepkin
$40.00
$34.00
Sale 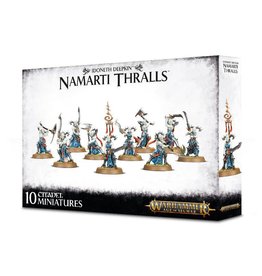 This multi-part plastic kit contains the components necessary to assemble 10 Namarti Thralls. Clad in less-ornate armour than their commanders and superiors, as befits their withering souls and disposable nature, they still cut impressive figures – each i
Add to cart
Namarti Thralls
$50.00
$42.50