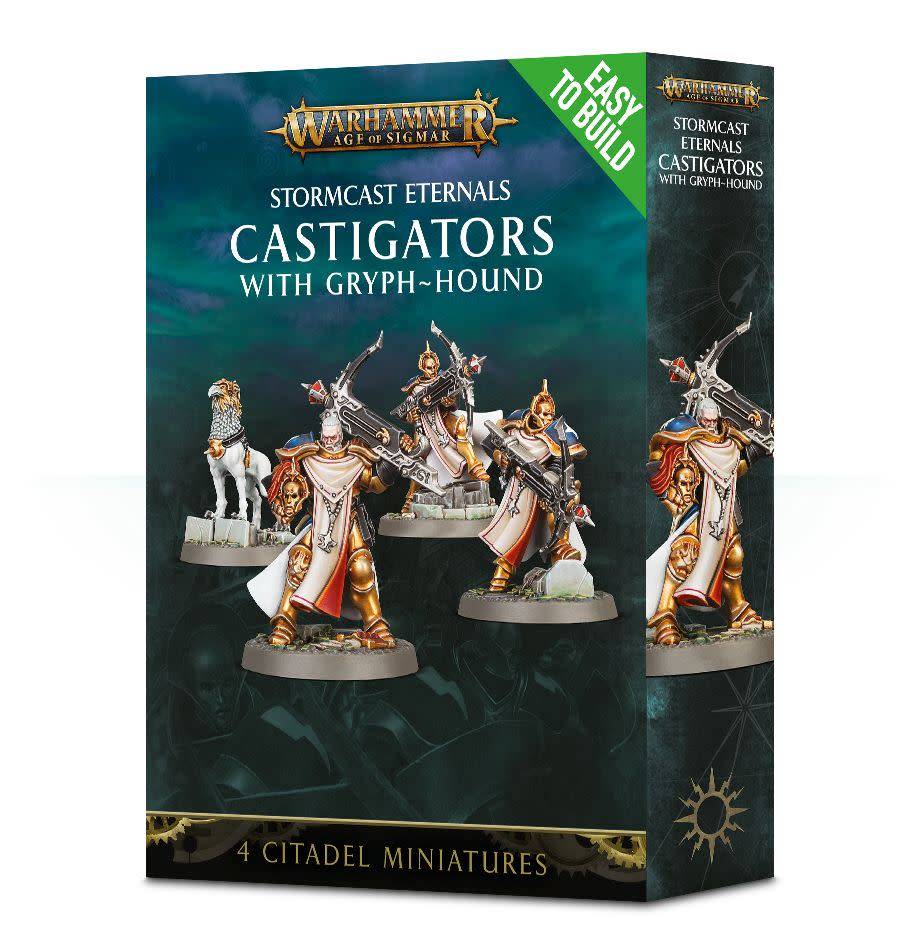 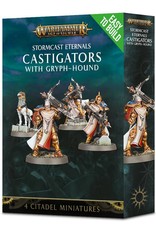 Castigators are powerful ranged support troops, commonly employed by the Lord-Arcananums of the Sacrosanct Chambers against those ethereal enemies that can kill with but a touch. The thunderhead greatbows they carry are miracles of Azyrite science and ingenuity, launching projectiles more akin to maces than mere bolts – stout shafts attached to braced heads filled with the storm-breath of Stardrakes. Not only capable of smashing barricades with their heft, these mighty missiles can discorporate the ethereal form of a diabolic creature in an instant.

Designed to be as easy as possible to assemble for new hobbyists while being detailed enough for the hardiest veteran to appreciate, this kit assembles 3 Easy To Build Stormcast Eternals Castigators and a Gryph-hound. Push-fit, with no glue required, this kit is incredibly straightforward to put together and comes on a pre-coloured gold plastic sprue.

Heavily armoured, as with most Stormcast Eternals, the Castigators are posed holding their immense thunderhead greatbows with both hands, as their weight necessitates. One model is male, and the other female – both stand upon ruins, the male atop a fallen pillar and the female a looted grave, with remains scattered around. Each is cloaked, with a splendid tabard billowing out in front. The Castigator-Prime is presented in a more relaxed pose – his thunderhead greatbow is hefted back over his left shoulder, and he holds his plumed helmet in his right hand, making his scowling, bearded face visible. Their accompanying Gryph-hound stands proudly atop a ruined piece of Sigmarite architecture, with his cruel beak and talons enhanced by spiked armour.

This plastic kit comes as 19 components, and is supplied with 4 40mm sculpted round bases, each featuring holes for corresponding pegs on the feet of each model. Includes a Stormcast Eternals transfer sheet. 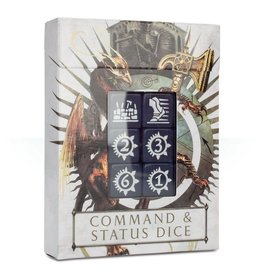 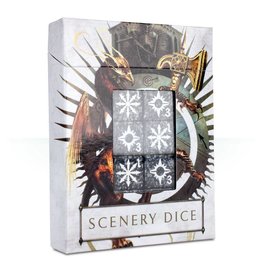 In the Warhammer Age of Sigmar core rules, you’ll find rules explaining how models can cross or take cover on terrain features. There are 6 different scenery rules available in the book, from sinister, bravery-sapping hauntings to arcane places of power t
Add to cart
Warhammer Age of Sigmar Scenery Effects Dice
$20.00
$17.00
Sale 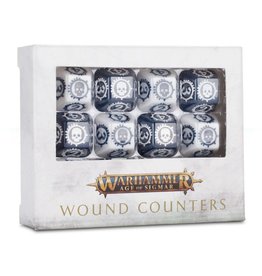 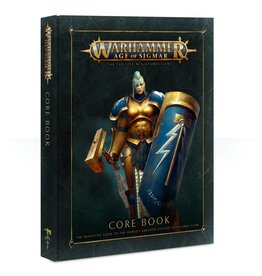 The Age of Sigmar began with the thunderous arrival of the Stormcast Eternals, borne upon the heavenly storm of the God-King Sigmar. Great heroes, snatched up at the moment of death and magically reforged, the sought vengeance on the followers of darkness
Add to cart
Warhammer Age of Sigmar Core Book
$51.00