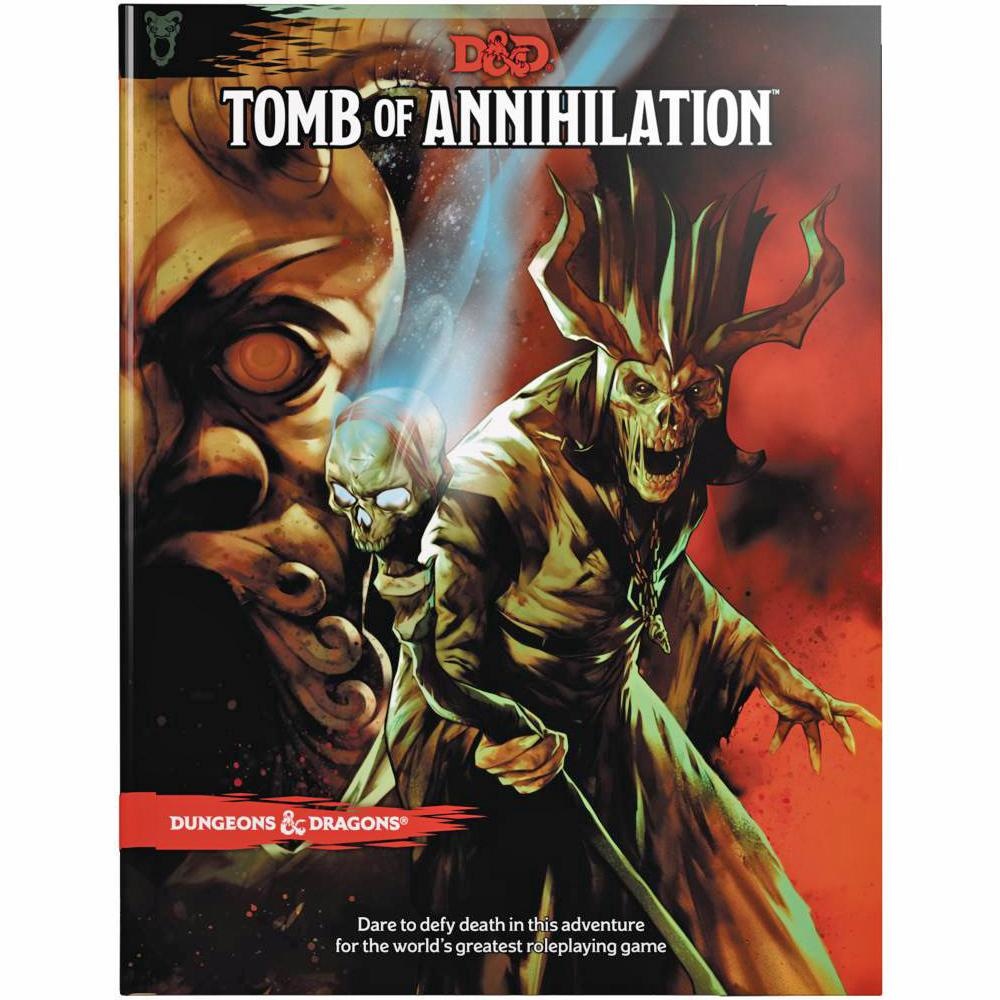 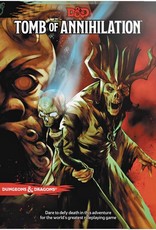 The talk of the streets and taverns has all been about the so-called death curse: a wasting disease afflicting everyone who`s ever been raised from the dead. Victims grow thinner and weaker each day, slowly but steadily sliding toward the death they once denied. When they finally succumb, they can`t be raised - and neither can anyone else, regardless of whether they`ve ever received that miracle in the past. Temples and scholars of divine magic point to a necromantic artifact called the Soulmonger, which is located somewhere in Chult, a mysterious peninsula far to the south, ringed with mountains and choked with rainforests. Adventurers tasked with stopping the curse must travel to settlements such as Port Nyanzaru to secure guides to lead them into the dense jungle. At the end of the journey, a horrifying villain awaits with a familiar visage. Tomb of Annihilation is a Fifth Edition Dungeons & Dragons adventure for character levels 1-11.

If you would like to order more of this product than we currently have in stock, we'd be happy to help. Just email us at [email protected] with the products you'd like to order and the total quantities and we'll be in touch. Please note that it may take longer than usual for us to fulfill bulk orders as shipping times will be dependent on manufacturers availability.
Add your review
0 stars based on 0 reviews 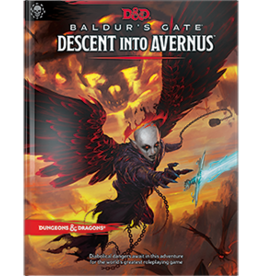 Welcome to Baldur`s Gate, a city of ambition and corruption situated at the crossroads of the Sword Coast. You`ve just started your adventuring career, but already find yourself embroiled in a plot that sprawls from the shadows of Baldur`s Gate to the fro
Add to cart
Dungeons and Dragons RPG: Baldur`s Gate - Descent into Avernus
$49.95
$44.95
Sale 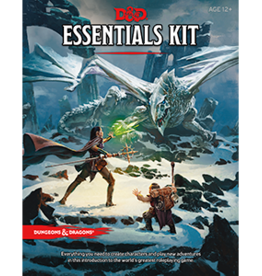 With the Essentials Kit, new players will learn to create characters of levels 16 and experience the thrill of being the Dungeon Masters. Includes the introduction of sidekick rules. Dragon of Icespire Peak, a 64-page introductory adventure. Double-sided
Add to cart
Dungeons and Dragons RPG: Essentials Kit
$24.99
$22.49
Sale 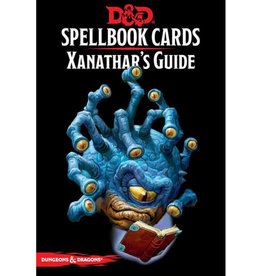 Contains 95 durable, laminated cards that expand the options available for spellcasters of all types. Features brand new spells that can only be found in Xanathar`s Guide to Everything.
Add to cart
Dungeons and Dragons RPG: Spellbook Cards - Xanathar`s Guide Deck (95 cards)
$9.99
$8.99
Sale 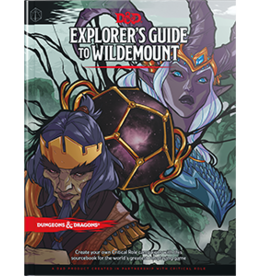 Create a band of heroes and embark on a journey across the continent of Wildemount, the setting for Campaign 2 of the hit Dungeons & Dragons series Critical Role. Within this book, you`ll find new character options, a heroic chronicle to help you craft yo
Add to cart
Dungeons and Dragons RPG: Explorer`s Guide to Wildemount
$49.95
$44.95