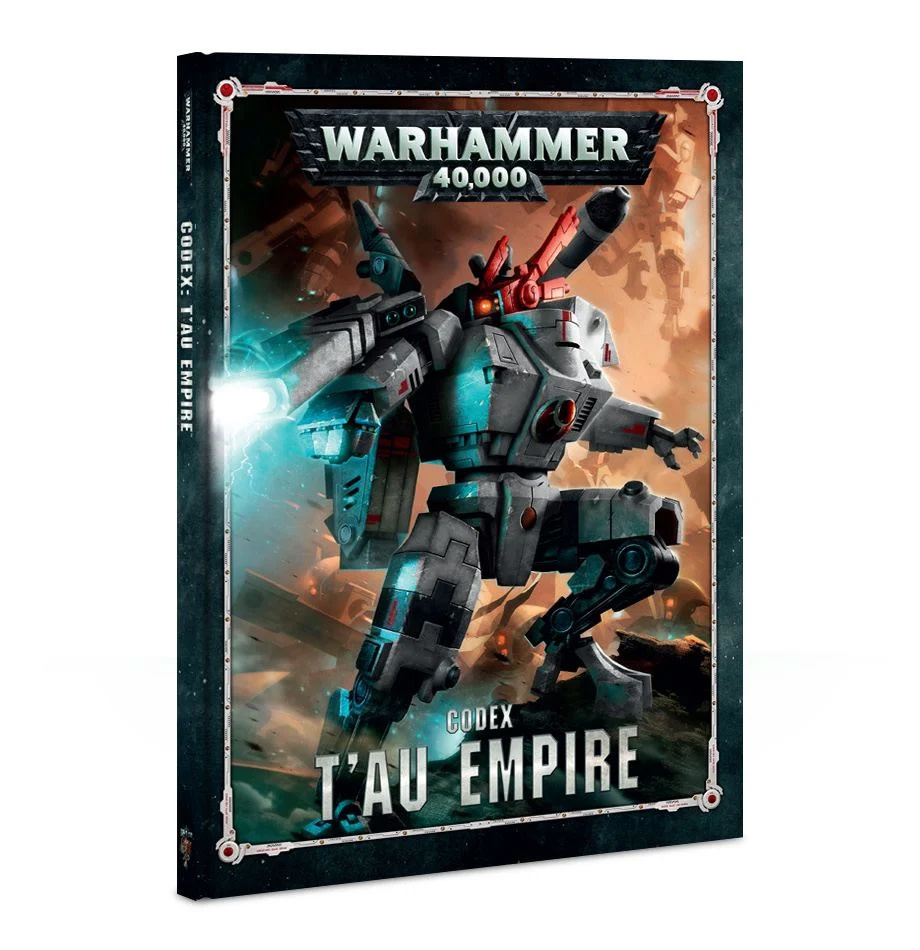 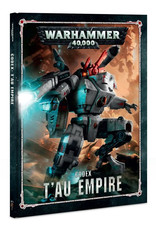 Within the 136-page hardback, you’ll find:

- A New Empire Dawns: an introduction to the T’au Empire, their attitude toward rapid expansion and the caste system of their society;
- The Rise of the T’au: an overview of the incredibly quick evolution of the T’au, and the sudden arrival of the Ethereals;
- Art of War: the ancient tactical philosophies and customs still in use by T’au warriors, and their applications to interplanetary warfare, including the arts of Kauyon and Mont’ka:
- A Destiny to Rule the Stars: the story of the T’au Empire’s expansion into the wider galaxy, including descriptions of their first contact with the Imperium, and details of the Septs of the First, Second and Third spheres of expansion;
- A map of the T’au Empire’s territories at the time of the Fifth sphere of expansion;
- The language and culture of the T’au, with a guide to names and their alphabet;
- Descriptions of the T’au Empire’s military organisation, including an example expeditionary force, markings for 21 Septs and examples of team, helmet and battlesuit markings;
- Example colour schemes for 12 Septs;
- A timeline of major events and battles in the T’au Empire’s history;
- Background on each unit available to a T’au Empire army;
- A showcase of beautifully painted Citadel miniatures, with example armies featuring everything from individual images of models to battle scenes on terrain.

Everything you need to get a T’au Empire army primed for games of Warhammer 40,000 is in here: