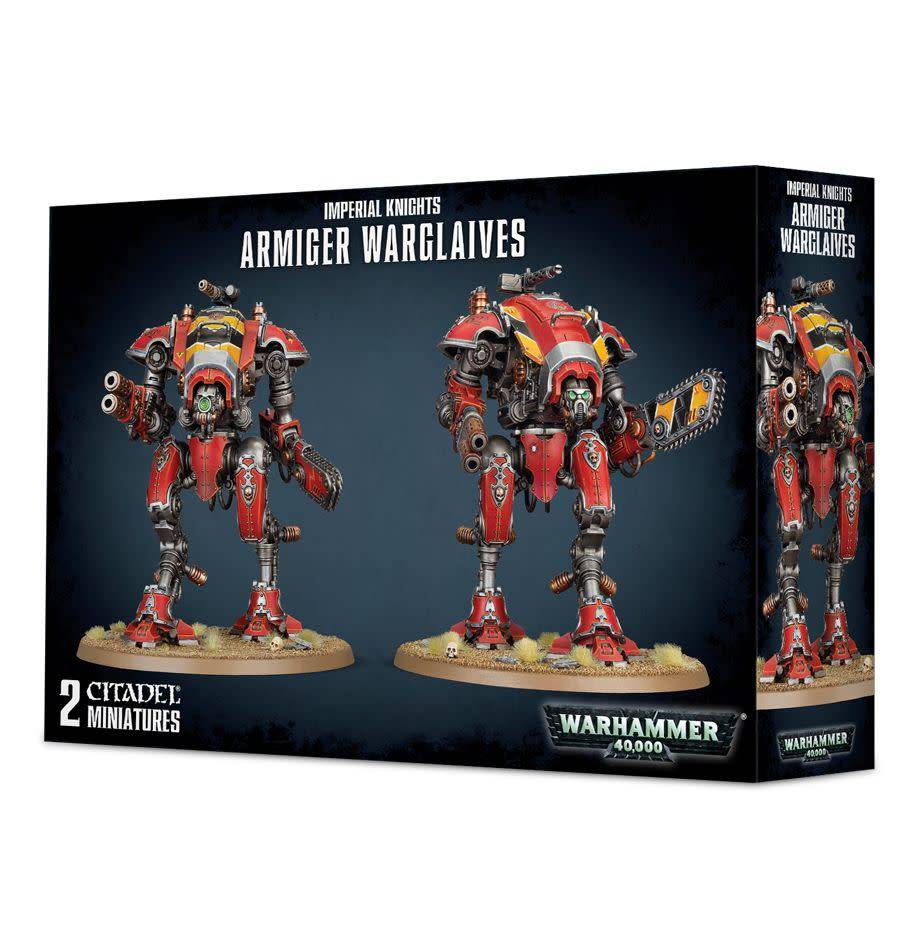 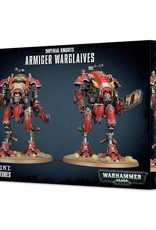 Nimble and responsive, Armiger Warglaives lope towards the enemy with purposeful strides. On one arm they wield fearsome reaper chain-cleavers, their adamantium teeth whirring and actuator motors roaring. On the other they bear menacing thermal spears, bulky melta weapons that are essentially stripped down equivalents of a Knight Errant’s thermal cannon. A single shot from such a weapon can vaporise even the most heavily protected combatant, melt through the wall of a bunker or reduce a battle tank to a molten wreck. Their pilots are well-suited to the close quarters aggression of the Warglaive, and stride into battle alongside their masters filled with dogged determination to do their betters proud.

This multi-part plastic kit contains the components necessary to assemble 2 Armiger Warglaives. Smaller and more lightly armoured than their larger Imperial Knight brethren, standing at around half the height, they nevertheless share a lot of details – the basic shape of these bipedal weapon platforms are similar to a standard Imperial Knight, with 2 weapon arms, hydraulically-driven legs, tilting plate and a large carapace surrounding the central head of the suit. Another detail in common with those larger suits is their loadout; for their diminutive size they’re incredibly powerful. Each is armed with a reaper chain-cleaver, thermal spear and a carapace-mounted heavy stubber, the latter of which can be replaced with a meltagun. 4 unique heads are supplied in the kit, and both weapons (which feature articulation at the shoulder) and legs can be attached to either side of the model, allowing for some customisation of pose.

This kit comes as 116 components, and is supplied with 2 Citadel 100mm Round bases, as well as an Armiger Transfer sheet. 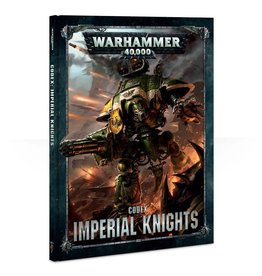 The ground shakes as the Imperial Knights march to war. Guided by a Noble pilot, an Imperial Knight moves with a speed and grace that should not be possible from such a towering engine of war. Enemy fire pinging harmlessly off its thick armour, ion shield
Add to cart
Codex: Imperial Knights
$40.00
$34.00
Sale 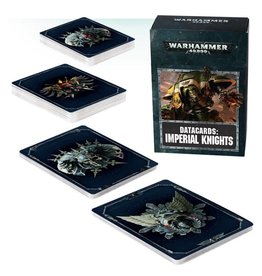 Designed to make it easier to keep track of Tactical Objectives and Stratagems in games of Warhammer 40,000, this set of 79 cards – each featuring artwork on the reverse – is an indispensable tool in the arsenal of any Imperial Knights gamer. Included:
Add to cart
Datacards: Imperial Knights
$15.00
$12.75
Sale 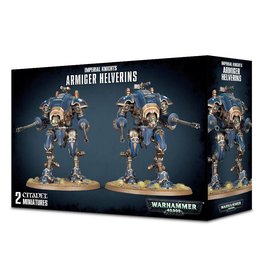 The Armiger Helverin is a fast-moving weapons platform designed to lay down blistering hails of heavy fire while running rings around the enemy’s forces. In place of the close-ranged armaments of the Warglaive, each Helverin bears a pair of Armiger autoca
Add to cart
Armiger Helverins
$75.00
$63.75