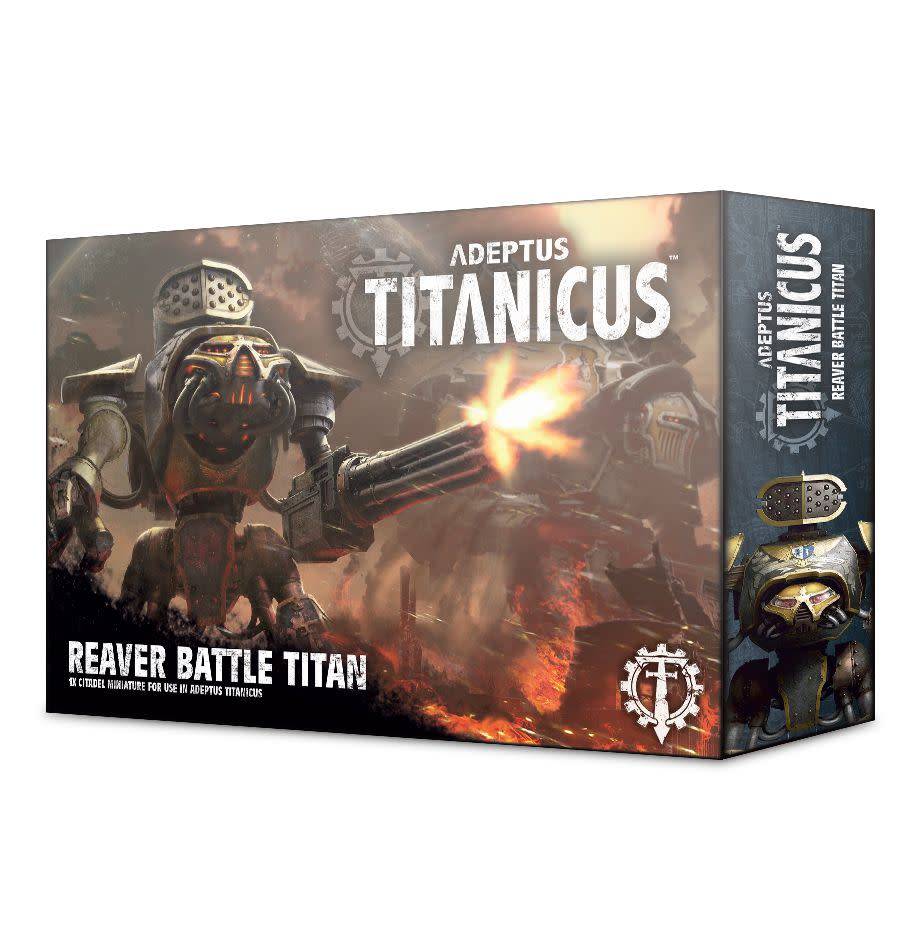 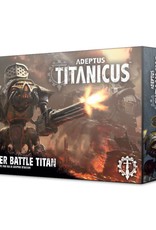 This is a webstore exclusive model and is ordered upon request.

A gargantuan war machine, the Reaver Titan is one of the most common and destructive classes of Battle Titan. Armed with devastating weapons and able to crush enemies under its tread by the score, the ground shakes as the Reaver advances and the enemy is left with a choice: flee or die. Reavers are the heart of the Titan Legions, holding the line or leading the charge as their Princeps demand.

This multi-part plastic kit contains the components necessary to assemble a Reaver Battle Titan for use in games of Adeptus Titanicus. Particularly aggressive-looking, even compared to its contemporaries, this highly-detailed Titan is easily recognised by its flattened face profile and angular carapace. It comes armed with several weapon options – a laser blaster and gatling blaster are available, with a power fist that can be modelled either clenched or open. Above the carapace – of which 2 are included, 1 blank – resides an apocalypse missile launcher, either side of which are the shoulder pads (3 sets are included, 1 set loyalist, 1 set traitor and 1 set blank.) Further modelling options include the knee pads – 2 of these are blank, with 1 depicting the symbol of the Opus Titanicus.

This kit comes as 122 components, and is supplied with a Citadel 105mm Oval base along with a decal sheet – this features heraldry for the following Legios: Gryphonicus, Fureans, Astorium, Atarus, and Mortis. 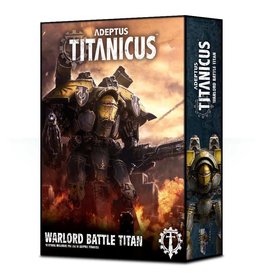 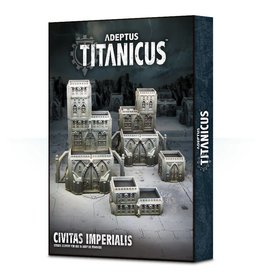 Designed for use in games of Adeptus Titanicus, this is a set of modular, plastic buildings which can be configured and stacked in a variety of configurations – multiple small buildings, several medium structures or a tower large enough to provide cover f
Add to cart
Adeptus Titanicus: Civitas Imperialis
$44.00
$37.40